There is no other way to say it: Real Estate as an industry did not have it easy in 2020. Big plans had to be put on hold, and business growth shrunk. The sub-segment of coliving within the Real Estate industry was especially susceptible to the damage that the world-wide lockdown did to businesses.

At the beginning of this month, my team and I at TheHouseMonk launched the Global Coliving Report 2020. It was the culmination of several months of research within the coliving industry around the world, and us trying to understand how the industry dealt with this impact.

We found comfort in data that we collected directly from operators, and our analysis of geographies and their markets. There are three big takeaways from the report to touch upon here. 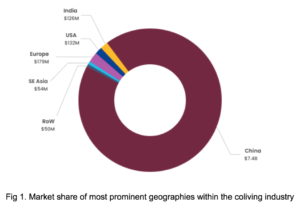 We found that both occupancy rates and rental prices reduced across most parts of the world, giving rise to the new ârevenue-sharingâ model between operators and landlords to help soften the blow of sudden churn, and also reduce liabilities.

China sustains its position as the largest coliving market, followed by the USA and India respectively. While Europe as a collective region presents a reasonably large market, no individual country within the EU presents a large opportunity by itself.

Drop in the occupancy rates and rental prices around the world

The USA and India experienced high drops in occupancy rates and were worst impacted, but South East Asia and China have shown remarkable stability in times of tough lockdowns. Their occupancy rates have remained nearly stable, and they have shown the lowest drop in rental prices. 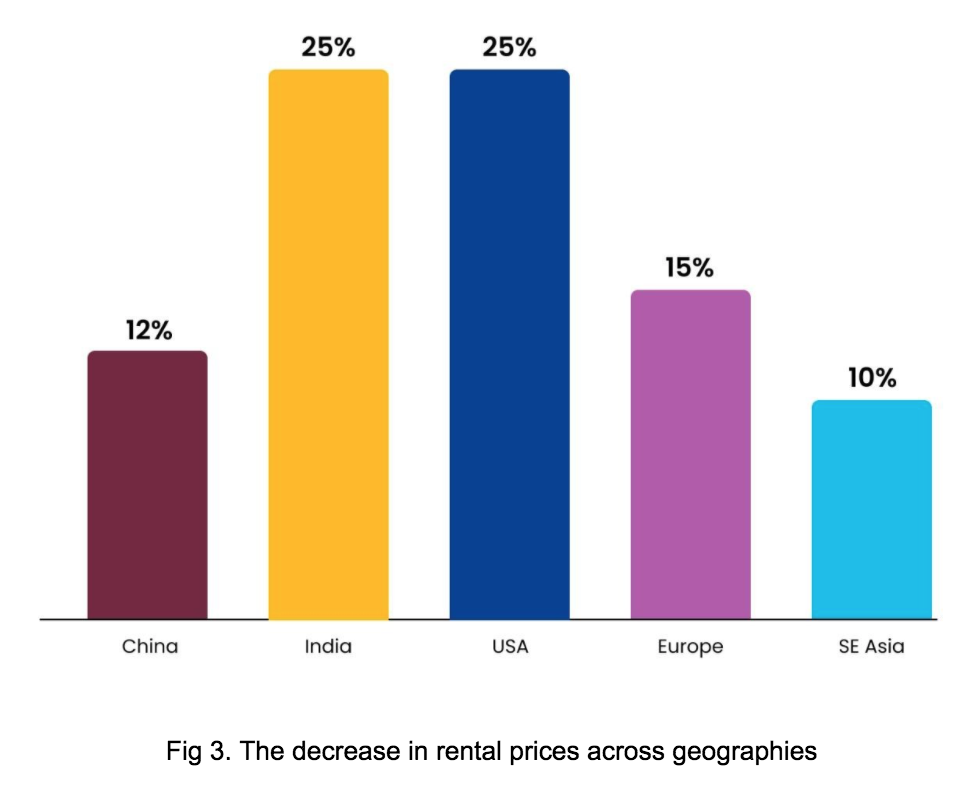 The year opened up with IPOs for Chinese industry leaders Danke & Qingke, but now their market value is shrinking significantly. This combined with the pandemic slowed the movement of late-stage PE capital into the coliving industry by the end of this year. 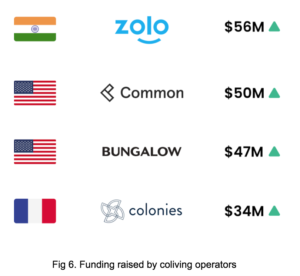 On the bright side, multiple companies raised Series B, C, and D rounds of financing. About $200M was invested in coliving companies across the globe this year.

Most early-stage companies pushed their growth plans to 2021, hence seed and Series A rounds were infrequent this year.

The Coliving industry is still bullish on growth

We knew that Global Coliving Report needs a direct connection with operators to represent their voice in all its authenticity. The Coliving Operators Survey featured in the report does just that.

The survey observes that despite stiff challenges, the sentiments of over 100 operators from around the world suggest they are still confident that the industry is going to bounce back, albeit in its own time.

48% of respondents in the survey said they were as bullish about the industry as they have ever been, with another 45% suggesting that they remain confident in the long-term prospects. 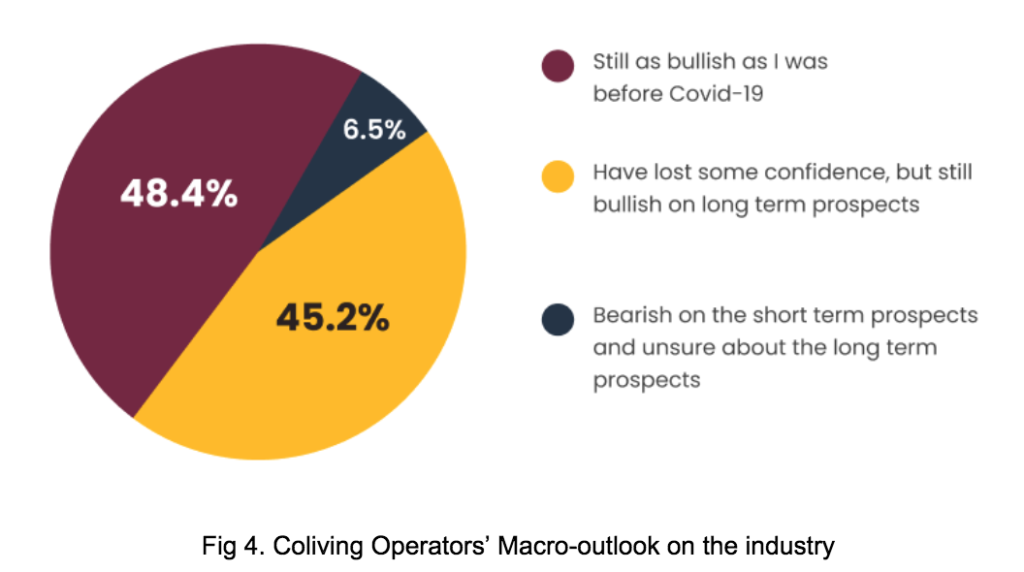 It also noted that 48% of coliving operators continued to expand their portfolio in 2020, while 20% had to let go of certain properties and reduce their portfolio size. The remaining 32% of respondents had neither increased nor decreased their footprint this year.

Further, 72% of coliving operators feel that it would take more than 1 year for the industry to recover and get back to pre-Covid growth levels.

For those interested, the full Global Coliving Report goes to the depths of the market, understanding the industry and its major players to analyze growth in the year of the pandemic, and also what the future looks like for the coliving industry.

The post Coliving amidst the challenges of COVID-19 appeared first on GeekEstate Blog.