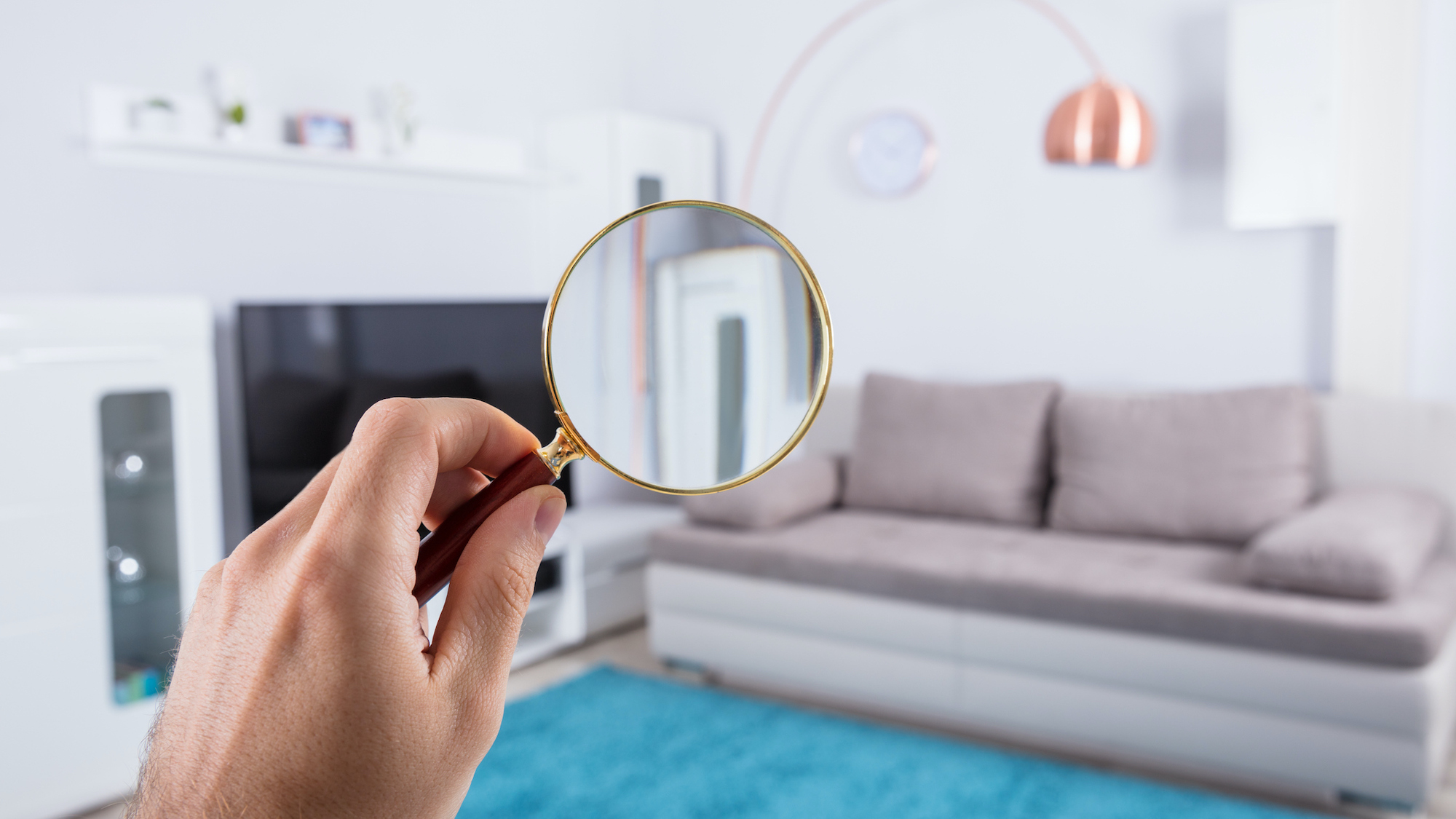 When my husband and I were house hunting, properties that had plastic taped over the windows or draft catchers below the exterior doors gave us pause: Did that mean the house wasnât energy-efficient or warm enough in colder months? Newly retouched areas on the ceiling made us wonder if the sellers were covering up water damage from a leaky roof that had been patched but not replaced.

We weren’t wrong to be spooked.

âWhen buyers walk into a home, they want to know itâs been well-maintained,â says Lynn Pineda, a RealtorÂ® with eXp Realty in Southeast Florida. âCorroded air-conditioning vents, loose hinges on cabinets, and leaky faucets lead buyers to think, âIf the seller canât keep these things up, what big things are lurking behind the walls that haven’t been taken care of?’â

As a seller, you should already know that legally, you can’t hide any major problems with the house. So if your home needs some attention, donât slap on a quick fixâyouâre not fooling anybody, and you may just send potential buyers straight back out the door, says Chicago-based Frank Lesh, ambassador for the American Society of Home Inspectors.

âSellers have to be careful not to put lipstick on a pig,â he cautions. âJust do the right thing, fix the problem, and make the deal go through a lot smoother for everybody.â

Hereâs how to tackle eight common repairs properly to swing the odds in your favor.

1. A fresh coat of paint on one room’s ceiling

The issue: A stained ceiling, possibly from a leak

âWhen we inspectors see cans of new stain-killing primers in the garage, we know that something happened,â says Lesh.

Do this instead: If you paint over a stain without making sure you donât have an active leak, that stain can reappear in a month, adds Lesh, so bring in a professional who can rule out a leaky roof or some other problem.

2. Bathroom water is shut off

The issue: Your toilet runs constantly

Do this instead: âThe most common failure is the flapper in the toilet tank. There may be debris caught under it, preventing it from closing, and flappers wear out and need to be replaced from time to time,â says Lesh. âThis is an inexpensive repair that any handy person can do.â

Watch: These Little Flaws in Your Home Are a Big Deal to Buyers

The issue: Wooden window frames past their prime

âA lot of times people paint over rotten wood, and think nobody’s going to see that, but we can tell that itâs rotting. We just put our fingernail on the trim to see if it goes through the wood,â says Lesh.

Do this instead: Pull out the rotten trim and replace it.

4. Lights are off in just one room

Issue: Flickering lights in that room

Do this instead: âElectrical issues can be dangerous, so if youâve tried the lightbulb in another fixture and it works, then there may not be power going to the light,â says Lesh.

Pick up an inexpensive voltage tester, which lights up when electricity is present at the switch and fixture, he suggests. A handy homeowner may be able to trace the problem, but to be safe, call an electrician to make sure the wiring is correct.

âOld wiring can be a concern to some buyers, so sellers are better off just fixing it ahead of time,â adds Pineda.

Issue: Some rooms are too cold or too warm

âIf a home has central air conditioning, but in one room you see an additional AC unit sitting there, buyers are going to wonder why itâs not working,â says Pineda.

Do this instead: If you have a forced-air furnace, check to make sure the furnace filter, blower fan, ductwork, and grills are clean, advises Lesh.

âSometimes debris clogs the system, and the further the cold room is away from the furnace, the harder it is to get heat,â he explains. âIf you have radiators or baseboard units, make sure theyâre clean and not obstructed.

“If the colder rooms are over an unconditioned space like a garage, then there may be poor insulation in that room, which will make the room harder to heat and cool,” Lesh adds. “A home inspector who uses an infrared camera should be able to find the problem.â

6. Dehumidifier and air freshener in place

Issue: A bad smell in a damp room

âIt raises my radar when I see or smell that,â says Lesh. âThat’s a real tipoff, because either there’s mold or mildew, or something else.â

Do this instead: âThere’s typically a root cause for a room being damp, so you want to correct the cause, not put a Band-Aid on it,” Lesh says. “If there’s moisture getting in the house, that moisture is generally coming from outside. Figure out how to prevent water from getting in, not how to handle it after it gets in.â

7. Plastic wrap taped across every window

Do this instead: âSealing the areas around the windows would be a good alternative to plastic wrap,â says Lesh, who suggests buying caulk in rope form, which can be molded to fit around large openings and cracks. âThatâll form an airtight seal, which will help keep drafts out.â

Issue: Puddles of water near your foundation

Do this instead: Water should always drain away from your foundation, notes Lesh, so if itâs collecting against your house, this needs to be corrected.

âAsk a professional why this is happening,â suggests Lesh. âAsk: Is the land sloping toward the house, which means water might eventually run into the lower level? Are the gutters clogged so water is pouring over the top and landing alongside the foundation?â

Taking the time now to fix things properly instead of rushing through a shoddy half-repair will pay off in the long run, advises Pineda.

âWhen you’re selling a home, everything has to look pristine if you want to interest buyers and get the most money for your home,â she says. âGet it in tiptop shape. If don’t you want to do all the repairs and the cleaning, then hire someone to come in and take care of it for you.â